So, many people were interested in the results.  I’m guessing most don’t want just an excel spreadsheet of the data, but rather want the knowledge gained from the survey, so I’m going to do my best to break it down into bits of knowledge instead 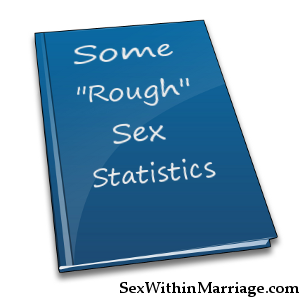 So, many people were interested in the results.  I’m guessing most don’t want just an excel spreadsheet of the data, but rather want the knowledge gained from the survey, so I’m going to do my best to break it down into bits of knowledge instead of bits of data.

How long have you been married?

(I should have extended the choices beyond 25 years)

How often do you have some sort of sexual intimacy together?

(I should have had more options between once a week and once a month, and maybe a “we don’t have a sex” option, sadly)

This gives an average frequency of 2.3 times per week.

How is your marriage set up?

I hope people understood what I meant by “more equal”.  It’s hard to ask a quick question on this topic without writing a dissertation on leadership/submission/complementarian/egalitarian/etc/etc marriages.  Judging by the comments, most people understood.  I think I only had one “I’m not sure how to measure this”.  And I had one who was adamant that they had a 100/100 egalitarian marriage (luckily it wasn’t a math quiz, but I understood what he was trying to say).  Also had quite a few that said their wife thought it was egalitarian, or he was leading, but she was lying to herself.

All this begs the question: are you sure you know whose leading in your marriage?

Who has the higher sex drive?

So, fairly even split of respondents.

Do you find your sex life fulfilling?

Only half.  That’s believable, but sad.

Do  you have children?

Honestly, I’m surprised the “No” isn’t higher, but pleasantly surprised.  A lot of comments about how they don’t have children YET.

I know, lots of people wanted a “Both” answer, but if that was a choice, almost everyone would pick it and it would be statistically irrelevant.  I did this on purpose, sorry for the unicorns out there where it actually is dead even, or for those that schedule sex a week in advance, so there is no initiating, or for those marriages where no one initiates because they have given up on having sex.

So, from this we can deduce that either those types of people who answer sex surveys are more likely to initiate (likely possibility) or  that people generally think they initiate more than their spouse (also more likely) due to missing cues/subtle hints/etc which one spouse says is an initiation and the other doesn’t.

What percentage of sexual encounters result in at least one orgasm?

OK, I could have done a lot better on this one.  To start, I should have clarified, I mean for the respondent, not an orgasm for either participants.  I adjusted scores based on comments, there were a lot of comments around this one to clarify, thank you.  Also, I think my division of percentages was too fine, especially at the bottom end.  I probably could have done none, 10%-50%, 50%-70%, 80%, 90%, 100%.  And no, I’m not going to add a 99.9% for those who do “almost always” except when they have the flu and are on medication and the moon is over their left shoulder and the dog is making that weird sound he sometimes makes when he thinks he saw a squirrel but isn’t sure because it’s dark out.  We’ll call that 100%.

What style of sex to do you prefer?

I know, you like to have sex multiple ways, starting gentle and going to more rough in many cases.  But, if I had an “All of the above” choice, the question would be useless.  That’s why I added that word “prefer”.  And yes, I’m aware your preferences change depending on your mood.

That’s the answers to all the surveys.  Now on to a couple interesting correlations.

There are some sad statistics to start off with.

Next we have some interesting simple comparisons 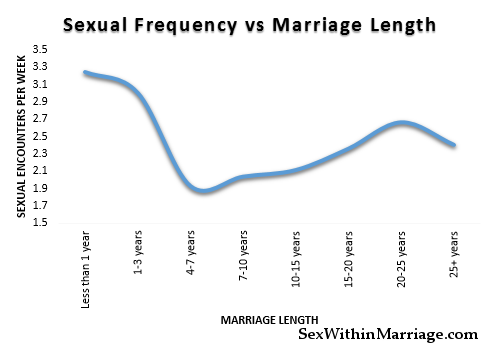 I found it interesting that the lowest points are at the 7 year mark.  This lends credence to the 7-year-itch belief.

Perhaps this is when kids are generally introduced, or maybe a second child. Unfortunately, I have so few childless respondents, I can’t test that with the data.

What is interesting to note is that if you can get through that 7 year part, generally things seem to improve (frequency wise). 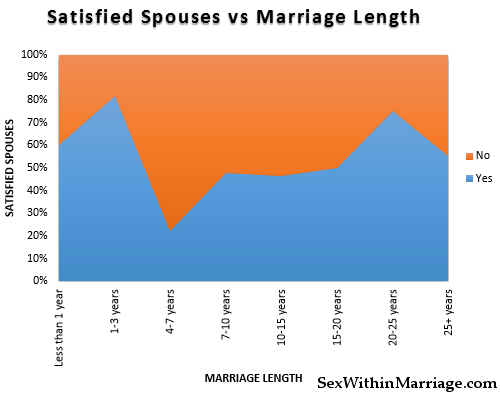 Unsurprisingly, sexual satisfaction follows almost exactly the same trend except for the first year of marriage.   I suspect the initial low start is due to inexperience, learning to please a partner sexually is a learned experience, but it seems that most people before “adequate” pretty early on.  Then life seems to settle in.  That honeymoon period is gone, you start seeing struggles, conflicts, you find out who this person really is, flaws and all, and you start to notice those flaws, and they’re there EVERY DAY.  I’m not sure what causes the turn around.  Maybe after 7 years of this, people just collectively get fed up and decide to turn their marriage around.  It’s amazing how many times I come across marriages that turn around at this point.  My own marriage did.  We just decided to start fighting for it, and it improved.  Seems we’re not the only ones.  About 50% of marriages are having fulfilling sex by the 7-10 year mark, and it continues to improve until 25+ years, at which point, the drop off could probably be attributed to health/age.  It’s too big of a span to accurately make a guess.

I have a few more that I want to keep for a future post, but I think I’ll end off here after one or two more stats. 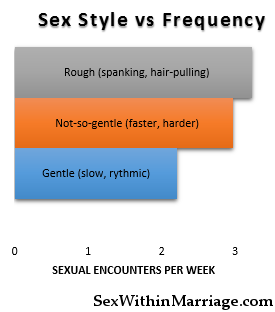 Now, did you ever think that the way you have sex affects frequency?  Or perhaps frequency affects the way you have sex. I’m not sure.  Just thought this was an interesting chart.  At first I thought that the “Gentle” choice was the first option, so maybe those that aren’t having sex are choosing that as the default.  So I filtered those that are having sex once a month or less out, and that’s what’s depicted in the chart to the left.  All it did was push the frequencies higher, and “Rough” came out further ahead than “Not-so-gentle”

Oh, and for those that think the “Rough” people are all males, guess again:

Sorry ladies, the secret is out… 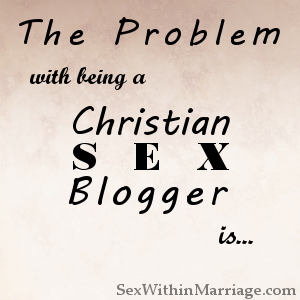 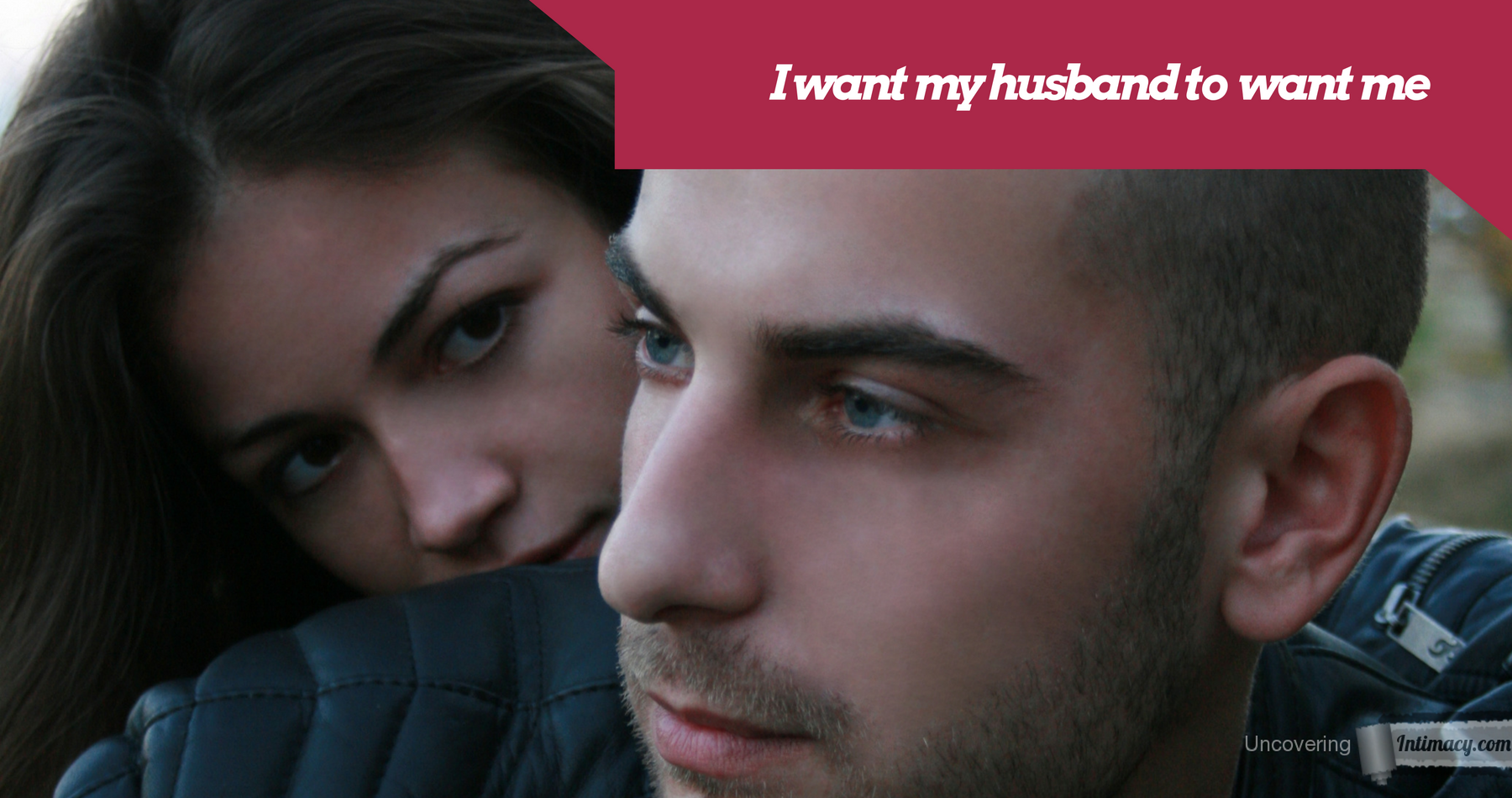 I want my husband to want me
>

15 thoughts on “Some “rough” sex statistics”